AUGI Salary Survey is back!

How does your salary stack up against others with your title, in your industry, and in your geographic region? AUGI promises to help you find that out. But first you have to complete the 2010 AUGI Salary Survey!

Key results will be published in AUGIWorld magazine this fall, and we'll present our usual in-depth analyses for additional industries on www.AUGI.com.

The AUGI Salary Survey is always a work in progress. The comments and feedback we've collected from AUGI members are reviewed and used to enhance this year's survey to include more job titles, additional questions, and other improvements. You'll get results that you can show to the boss, and maybe even take to the bank. Click here to take the Salary Survey.

As always, your participation in AUGI's Salary Survey is anonymous. We do not track, capture, or in any way link individual AUGI members with the survey data they provide.

Remember that your participation is vital. The more survey respondents there are, the more accurate our picture of salaries earned and benefits enjoyed by all AUGI members worldwide. Please don’t delay! The deadline for participating in the survey is July 10, 2010.

I'm getting excited about attending the CAD camp coming to Orlando on June 3. It's a great learning and networking event and I enjoy it every time that I've gone to one. For those who aren't familiar with CAD Camps it's a"single-day, off-site training class for Autodesk products, you’ll hone your skills, expand your mind, and share solutions. Head to camp, and equip yourself with the powerful tools that will take you straight to the top. Because intelligence, resourcefulness, and knowledge are the keys to navigating the ever-changing workplace – and to elevating your future."

Several of my favorite speakers will be there and I hope to get a chance to meet with them.
Posted by Kenneth Leary at 8:44 AM 9 comments

The first panel on the left side of the Parametric tab is for the tools that create and modify geometric constraints. These are the relationships that are applied between two objects, points on objects, or between a single object and the coordinate system. In simple terms it works like an object snap that stays persistent throughout your design.

The middle sub panel on the Geometric constraints panel contains the commands that you will use to apply the constraints to objects in your drawings. These can be accessed from this location on the ribbon or with the GEOMCONSTRAINT command. There are twelve to choose from, we’ll cover each of them. 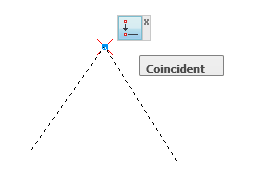 Colinear – Constrains two or more line segments to lie along the same line. Regardless of how the original line is moved or rotated, the Colinear line will move to match the new location. 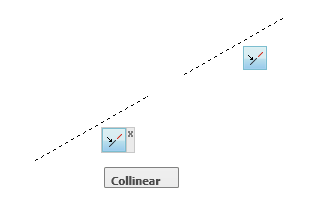 Concentric - Constrains two circles to the same center point. This also works for arcs and ellipses. The result is the same as that of a coincident constraint applied to the center points of the curves. Moving one of the circles will move the other with it, much like a block. 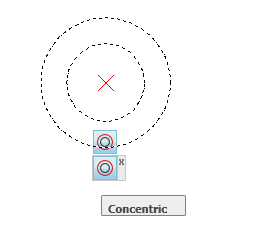 Fix - Locks a point or curve in position. The fixed point can be on an object, or a point in relation to an object, like a center point of a circle for example. This command may be a let down for those people who thought it might fix something in the drawings that doesn’t seem to work the way they wanted it to. 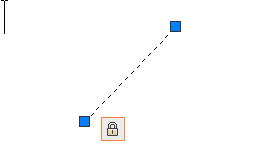 Parallel – Constrains two lines or polylines to be Parallel to each other. When one is modified the other will move to match it. 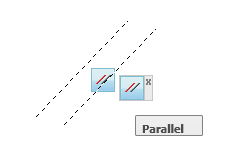 Perpendicular - Causes selected lines to lie 90 degrees to one another. Perpendicular constraints are applied between two objects and, unlike the Perpendicular object snap, these lines do not have to be touching each other when the constraint is created. 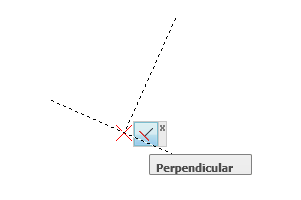 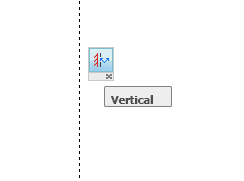 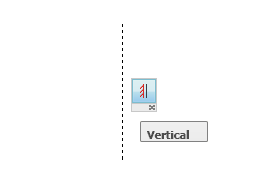 Tangent - Constrains two objects to maintain a point of tangency to each other or their extensions. Tangent constraints are applied between two objects, those objects could be a curve (arc or circle) and a line or another curve. 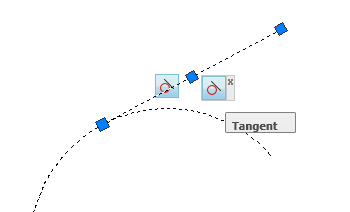 Smooth (G2) - Constrains a Spline to be contiguous and maintain continuity with another spline, line, arc, or polyline. When the constraint is applied the endpoints of the curves to which you apply the smooth constraints are made coincident. When two Splines are selected, they are updated to be contiguous with one another. This function is similar to using the JOIN command for polylines except the splines are not joined to be one object; they only behave as if they were one object. 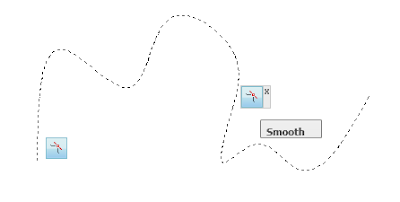 Symmetric - Causes selected objects to become symmetrically constrained about a selected line. The function is similar to that of the Mirror command. Unlike other constraints where two objects are selected, with a symmetric constraint you must have an axis around which you will constrain the objects or points to be symmetrical. 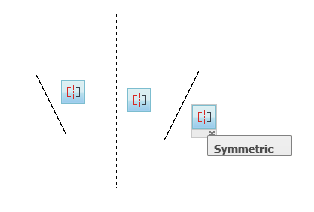 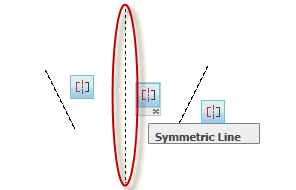 The biggest and initially the most intimidating new feature in AutoCAD 2010 is Parametric Modeling. You may be surprised to find that there is no actual Parametric command. That’s because it’s the name for a new set of tools that allow you to create geometric relationships between objects or restrict the dimensional properties of objects. The two different types of tools are referred to as geometric and dimensional constraints. That doesn’t sound that complicated now does it?

Well before you panic and pull out the old dictionary that you used to use to decipher what Dennis Miller said on Monday night football, relax. We’ll go through the tools and their usage in plain English and before you know it, you’ll see that it’s really not complicated at all.

There is a new Tab on the menu ribbon for the parametric modeling tools called the Parametric tab. This tab is broken down into three panels, each with a different set of tools that you would use for the different constraint functions. Over the next few posts we'll look at each separately.
Posted by Kenneth Leary at 11:20 AM 0 comments

The AUGI Special Election voting page is now live, and will be open until July 12, 2009. I encourage all AUGI members to carefully consider the candidates and make your voice heard.
Posted by Kenneth Leary at 12:19 PM 0 comments

I'm very happy to announce that I was selected as a candidate for the special election for the AUGI Board of directors.

The Board candidate forums are now open. To link to the main discussion forums go here. To view my profile and see my responses to the questionnaire go to this page.

Since these forums are heavily moderated your questions will be reviewed before they are posted. If your question is denied or if you need clarification on one of my answers please feel free to contact me. Within AUGI you can send a Private message or you can me an email at augi.doggie@gmail.com.

Even if you only read the responses I still strongly urge you to vote when the polls open on June 29, 2009.

I'm also happy to announce that the much anticipated AUGI AEC Edge magazine has released it's first issue.
Posted by Kenneth Leary at 12:10 PM 0 comments

I'm happy to announce that the AUGI Training Program is offering some new courses this month. ATP Courses for June 2009 are posted online and start next week (2009-6-08). So it's not to late to sign up.

ATP250 - FIELD of Study - In this class you will learn what an AutoCAD Field is, what functions they serve, and how they work. You will also discover what Fields are capable of doing and their limitations.

ATP249 - What's new in AutoCAD 2010 Once again, each new year brings a new release of AutoCAD. This course will provide an in-depth look at the new features and enhancements in AutoCAD 2010.


To Register go to the Current ATP Courses page. Note: You must be a member of AUGI to register for ATP classes. Membership is free.
Posted by Kenneth Leary at 12:08 AM 0 comments